Joan of Arc – US Army

Because of her bravery in battle, St. Joan of Arc is considered one of the patrons of those in the armed forces. This Army Medal features Joan of Arc on one side and the crest of the US Army on the other.

St Agatha with Nurse Back Medal – Sterling Silver with 18 in. Stainless Chain 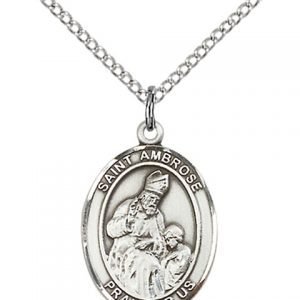