Hockey season is under way and teams of all levels from Mites to Pro are on the road and on the ice. Along with them are coaches, family and fans. The hours are long and the effort intense. Players and families with sons and daughters on a team know this better than I. My only commitment is the occasional game with our local AHL team, the Rockford IceHogs.

No matter the sport or the task, some people have a habit of looking to heaven for advantage and support. The Catholic Church recognizes a particular saint that can be a helpful companion for those on the road or playing hockey. Three saints cluster around Hockey: St Christopher, St. Lidwina and St. Sebastian. Only one, though, is the official patron saint.

Let’s look at each of them quickly.

So we have a giant of a man, a martyred soldier and a girl who fell while skating. It begs the question:

Who is the Patron Saint of Hockey?

While there is no saint just for Hockey, just like there is no specific saint for football or soccer, St. Sebastian is the saint who fits the bill. He is the official patron saint for all sports, ancient and modern.

Especially relevant for those who play hockey, Sebastian demonstrated great strength and endurance. The two attempts to execute him would have ended a lesser athlete, but his training and strength as a soldier, along with the grace of God, gave him the ability to endure and persevere. Anyone who has played to their full potential knows the critical part that strength and training make in a game. 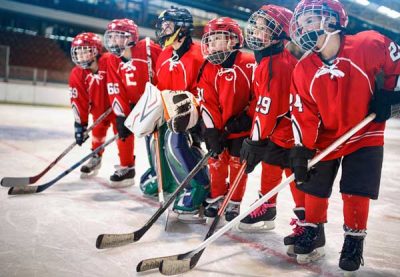 Parents of younger players know how much effort is required of their sons and daughters. Fans of professional or semi-pro teams know that everything can change in the briefest moment. All fans, parent or not, likely have the need to travel to support their favorite team. That’s where St. Christopher can be your companion. The patron of all those who travel you can ask his intercession for your travel, the travel of your team and the travel of all others coming to the game or practice.

It turns out that there are not just Patron Saints for hockey players, there many hockey teams calling themselves the saints. Here is a sampling:

Saints Hockey Club – A youth based hockey club based in Depew, NY

Dubuque Fighting Saints – Based in Iowa, the Fighting Saints are a USHL Team, that has over 100 former members playing NCAA hockey and several who graduated to the NHL. They share the ice in Dubuque with Junior Saints Youth Hockey.

Aquinas Saints – Based at Aquinas College in Grand Rapids, MI, these Saints are one of the several college level women’s hockey teams called the Saints.

St. Lawrence Saints – St. Lawrence University of Canton NY is home to the Saints, a women’s hockey team that plays in the ECAC Hockey League.

Whether a player, a coach a family member, or a fan, hockey involves time, travel and engagement with others. In every encounter with someone we should bring our best self and be a light of God’s love to the world.

In a document published in 2018, Pope Francis wrote about how sports is a meeting place, a formative vehicle, and a means for the mission and sanctification. He further commented that “To give the best of oneself in sports is also a call to aspire to holiness.”

One excerpt of the document highlights that:

Sports is a privileged area around which people meet without any distinction of race, sex, religion, or ideology…. we can experience the joy of competing to reach a goal together, participating in a team, where success or defeat is shared and overcome…. Sport is a very rich source of values and virtues that help us to become better people, training, practicing, discovering our limits without fear, struggling daily to improve.

Families, coaches and fans all have a share in this mission. Some athletes connect to the spiritual aspect of their sport by wearing a patron saint medallion. Some parents and coaches transform downtime and travel time into prayer time, by praying the rosary for various intentions.

In recent times, religious jewelry manufacturers responded to spirituality in sports. They created patron saint medals and rosaries with both an image representing the saint and another featuring a particular sport. These devotional medals and rosaries support the tradition of uniting our earthly efforts to the efforts of the saints who have gone before us, who even now can lift their prayers with ours to God. 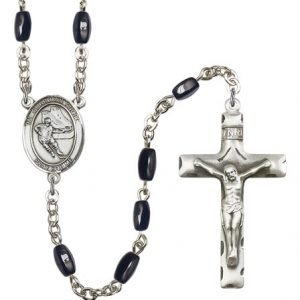 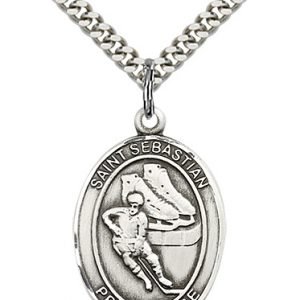 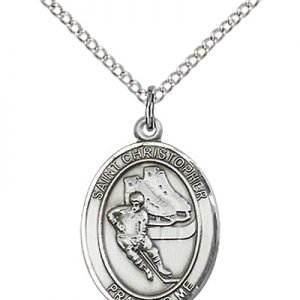 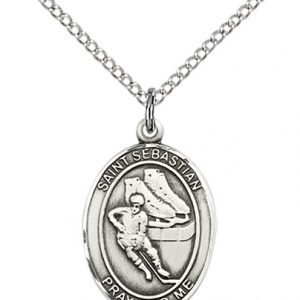 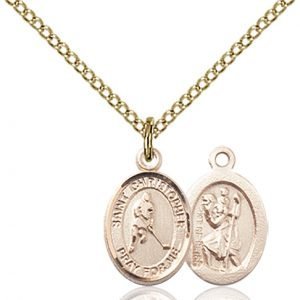 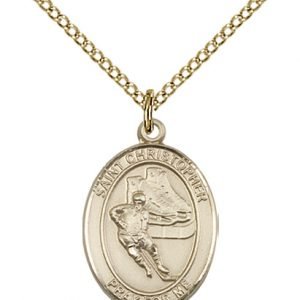 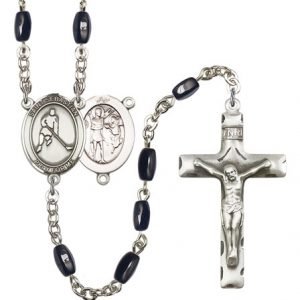 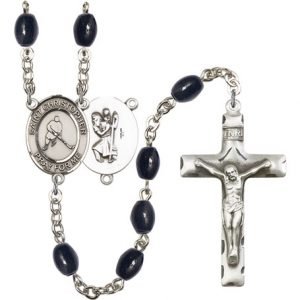 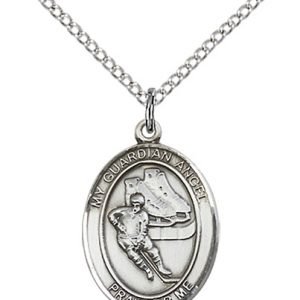 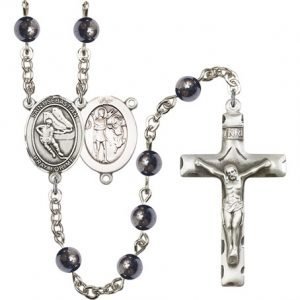 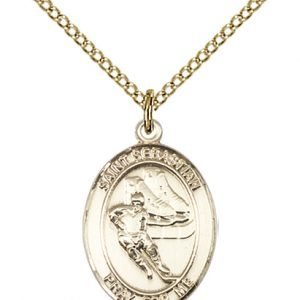 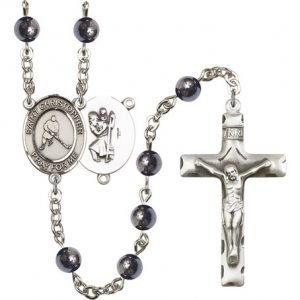 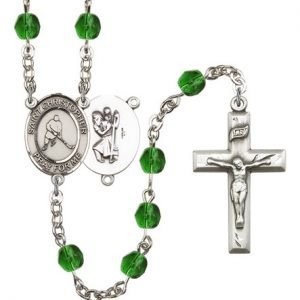 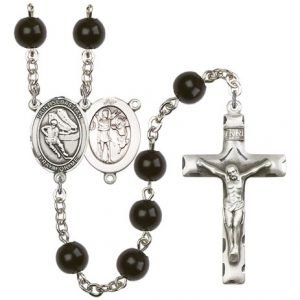 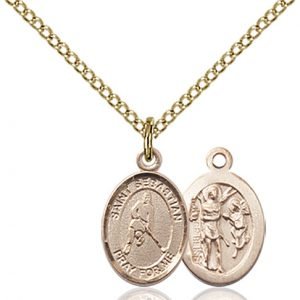 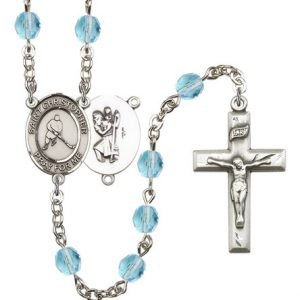 Consider how you can bring the God you love and the sport you cherish together, to build you up as look for your path to living as a saint.