Born to nobility in the Basque region of Spain in 1506, St. Francis Xavier began his renowned career by teaching philosophy at the University of Paris. An adventurous life found him performing sterling missionary work in India, Japan, and the East Indies for a decade along with helping found the Jesuit Order.

Francis Xavier was the first Jesuit missionary. He opposed slavery and spread the Gospel at the urging of his friend, St. Ignatius of Loyola. it was said he baptized as many as 10,000 Indians in a month and more than 40,000 in all. He helped lepers and taught catechism to Indian kids.

Prophet and healer, noted for missionary fervor, Francis Xavier died from a fever while performing missionary work in China in 1552. Pope Gregory V canonized him in 1622. Pope Pius X declared him patron of all foreign missions. His feast day is Dec. 3. 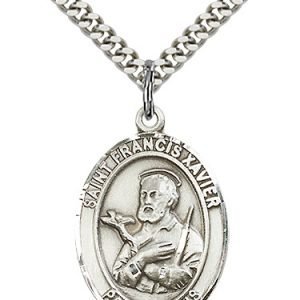 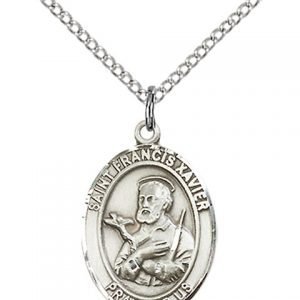 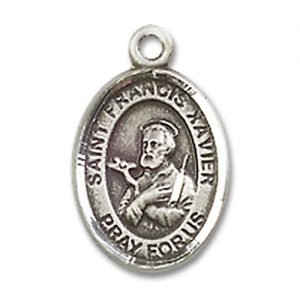 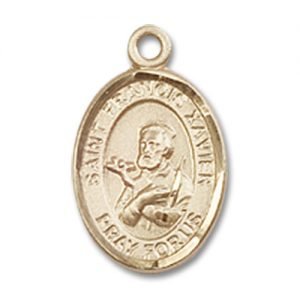 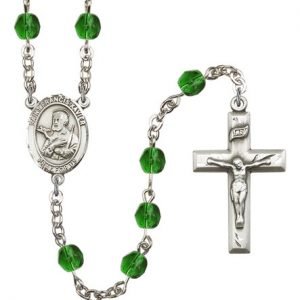 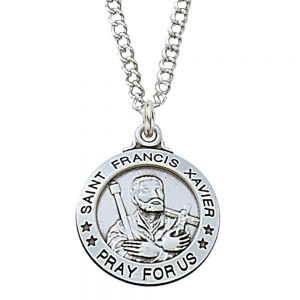 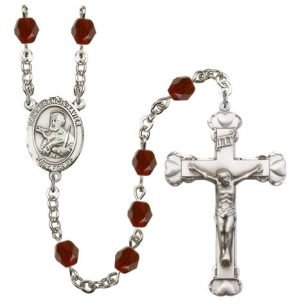 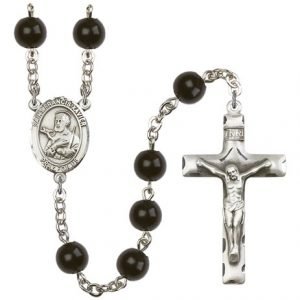 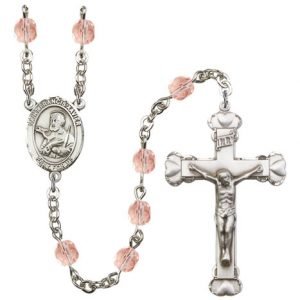 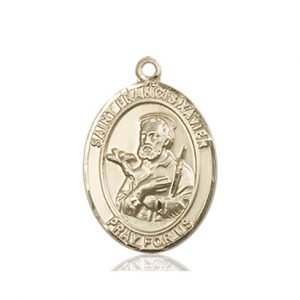 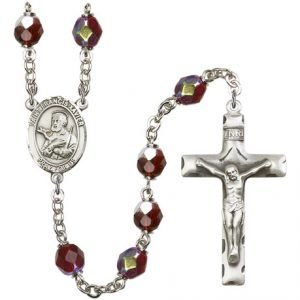 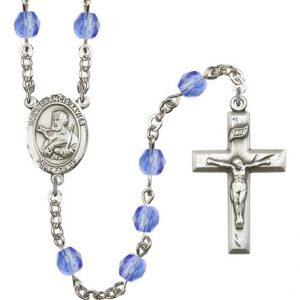 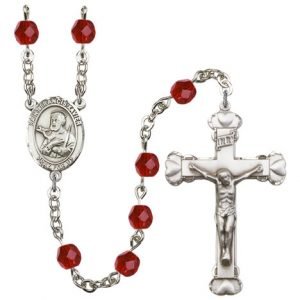 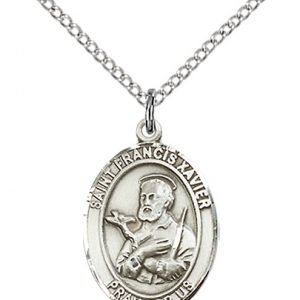 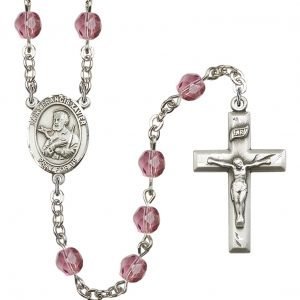 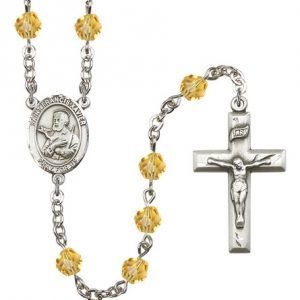 Many people associate St. Francis Xavier with St. Ignatius of Loyola, the Society of Jesus (or Jesuits), and being a fervent missionary of the Faith. But where did this man come from, and how did the fire of faith spark within his heart?

St. Francis Xavier was born Francisco de Jaso y Azpilcueta in the Castle of Xavier in Navarre, Spain on April 7, 1506. In 1512 his town was invaded by Castile and many fortresses and much of the land was destroyed. St. Francis Xavier’s family castle was lost, and his father died in 1515. At the age of 19, St. Francis Xavier left to study at the University of Paris. He later met St. Ignatius Loyola. They, along with five others, made a vow at Montmartre and formed the Society of Jesus (also known as the Jesuits).

St. Francis Xavier was particularly passionate about spreading the word of God to the far regions of the world. He began in the Portuguese East Indies in 1540. In 1541 he left Lisbon and traveled to Mozambique, where he stayed until 1542. At that time he went to Goa, India, where he spent three years educating the local people and converting them to the Catholic Faith. In 1545 he traveled to Indonesia and Malaysia, stopping at different islands throughout the next few years. In 1547 he met a Japanese nobleman who convinced him to come to Japan to educate the Japanese people about the Faith. St. Francis Xavier arrived in 1549 at Kagoshima, and continued to travel around Japan. He was unfamiliar with the Japanese language, and found that he could only read from the translated catechism instead of preaching.

After only two years of preaching in Japan communities of Jesuits began forming. Seeing that his mission in Japan had been fruitful, St. Francis Xavier decided to travel back to India. St. Francis Xavier had been given the title of “Apostolic Nuncio” from the Vatican, which helped the local governments to accept him as credible and of good will. St. Francis Xavier came across a friend who told him of the hardships of some Portuguese people being held prisoner in China. St. Francis Xavier wanted to use his status as Apostolic Nuncio to try to free the Portuguese captives, but he had lost the paperwork declaring his title and was turned away. He sailed to an island port in China and was allowed in. He preached among the Chinese in what is now Hong Kong.

St. Francis Xavier fainted after saying Mass on November 21, and later died on December 2, 1552. He was first buried on the Chinese island, Shangchuan Dao, but was later transferred to St. Paul’s Church in Malacca, Malaysia. On December 11, 1553, his incorrupt body was moved to the Basilica of Bom Jesus in Goa, India. It was placed in a silver casket on December 2, 1637. The casket is only available for public viewing on occasion, most recently in 1994.

St. Francis Xavier is remembered for co-founding the Society of Jesus, for his great zeal for the Faith, and for his dedication to carrying the Faith to the ends of the earth. It has been said he baptized more people to Christianity than anyone since St. Paul. He was canonized by Pope Gregory XV on March 12, 1622, at the same time as St. Ignatius of Loyola.

The Patronage of St. Francis Xavier

St. Francis Xavier is often depicted in art with symbols that represent his missionary activities. Such images are: a staff, a ship, and a globe. He is also often accompanied by various indigenous peoples which show the various lands he traveled to in order to preach. In addition to these images, St. Francis Xavier may be seen holding a crucifix (symbolizing the reason for his zealous missions), a lily (to reflect his purity), and a flaming heart (showing his profound love for God). In most works of art he is a young, bearded man, wearing the clerical robes of the Jesuits at that period in time.

Prayer of St. Francis Xavier for the Conversion of Unbelievers

Eternal God, Creator of all things, remember that You alone has created the souls of unbelievers, which You have made according to Your Image and Likeness. Behold, O Lord, how to Your dishonor many of them are falling into Hell. Remember, O Lord, Your Son Jesus Christ, Who so generously shed His Blood and suffered for them. Do not permit that Your Son, Our Lord, remain unknown by unbelievers, but, with the help of Your Saints and the Church, the Bride of Your Son, remember Your mercy, forget their idolatry and infidelity, and make them know Him, Who You have sent, Jesus Christ, Your Son, Our Lord, Who is our salvation, our life, and our resurrection, through Whom we have been saved and redeemed, and to Whom is due glory forever. Amen.

Prayer for the Intercession of St. Francis Xavier

Great Saint Francis, well beloved and full of charity, in union with you I reverently adore the Divine Majesty. I give thanks to God for the singular gifts of grace bestowed on you in life and of glory after death, and I beg of you, with all the affection of my heart, by your powerful intercession, obtain for me the grace to live a holy life and die a holy death. I beg you to obtain for me {mention your petition}. But if what I ask is not for the glory of God and for my well-being, obtain for me, I beseech you, what will more certainly attain these ends. Amen.

We have come together to worship the Lord our God and to honor the memory of His great  missionary, St. Francis Xavier. Through his powerful intercession, let us pray for ourselves, for the missionary efforts of the church, and for all the People of God.

For missions and missionaries throughout the world, that through the proclamation of the Good News of salvation,  all people may come to know the one true God  and Jesus Christ whom He has sent. Let us pray to the Lord:  Lord, hear our prayer.

For the Church,  that renewed by the Holy Spirit, she may show forth to the world  the mystery of the Lord and be an instrument of redemption for all. Let us pray to the Lord:  Lord, hear our prayer.

For Christian unity,  that the Spirit of Christ, dwelling in all who believe,  may bring us to that fullness of unity which Jesus desires —  one Lord, one faith, one baptism. Let us pray to the Lord:  Lord, hear our prayer.

For the unrepentant, that moved by God’s loving mercy revealed in Jesus, they may repent their sins and open their hearts to the divine life of grace. Let us pray to the Lord:  Lord, hear our prayer.

For ourselves,  that we may be ever faithful to our baptismal commitment to Christ,  and bring Christ’s word and Christ’s love to the world in which we live. Let us pray to the Lord:  Lord, hear our prayer.

Lord God, our Father, we honor the memory of the Apostle of the Indies and Japan,  St. Francis Xavier. The remembrance of the favors with which You blessed him during life and of his glory after death fills us with joy; and we unite with him in offering to You our sincere tribute of thanksgiving and of grace.

But if what we ask is not for the glory of God and the good of our souls, grant us, we pray, what is more conducive to both. We ask this through Christ our Lord.