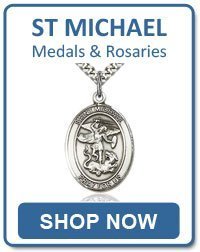 Over the years, angels have been portrayed and presented in many different forms. Many see these messengers of God as fluffy winged, halo-crowned youths or as the babyish cherubs you often see in old paintings and sculptures. People’s interpretations of angels vary from diligent guardians of children to the myth of the ringing of a bell giving an angel its wings. Overall, angels have become a widely romanticized topic. What many people fail to notice, however, is that angels are both the messengers and warriors of God. They were often described as fearsome beings, such as the Cherubim with four wings and heads, covered with eyes and flaming wheels about them, or the Seraphim sporting four wings and towering stature. This gives good reason as to why they greeted most mortals with the phrase “Be not afraid”. One of the best known of the angels would be St. Michael the Archangel, the high prince and one of the principal angels.

St. Michael was a great leader of the angels in the war against Satan and his followers. His name, meaning “Who is like to God?”, served as the war-cry of the good angels as they plunged into battle to “fight the dragon”. The image of Michael defeating Satan is one of the most popular depictions of the archangel prince. He’s often shown with a spear, sword, armor, banner, and/or scales. Michael was known especially for his strength and courage, and many applaud him for his chivalry and determination to boldly fight for justice- he was essentially the perfect knight. He is featured more than any other named angel in religious texts, and is the oldest angelic devotion.

Michael is the leader of the four archangels, or chief angels. His fellow archangels are Raphael, whose special mission is healing, Gabriel, the announcing angel who came to the Virgin Mary, and the more low-key Uriel, who is credited as the angel who warned Noah of the coming flood to cleanse the earth. Not much is known about Uriel, but it is said that he is the angel of consolation, the one who comforts mortals in times of great loss. Michael is charged with the tasks of protecting those who love God, transporting the souls of the dead, and leading the battle against Satan. He also is traditionally the one called upon for the freeing of the possessed in spiritual bondage from evil spirits. The position of archangel isn’t one to be taken lightly, and there are only the four serving as the princes among angels.

Michael is the patron saint of the Military, Police officers, Firemen, death, and people who work in dangerous conditions. His feast day is celebrated on the 29th of September. St. Michael the Archangel has inspired artists, accompanied souls, and protected God’s people throughout the ages as the leader of the angels and a true warrior of God. 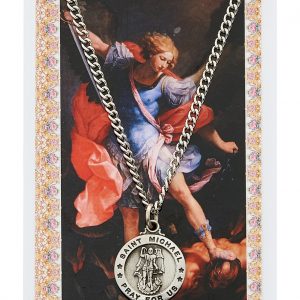 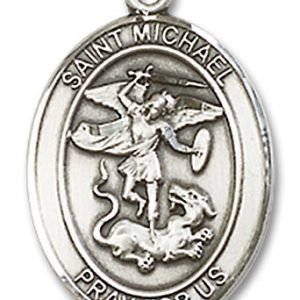 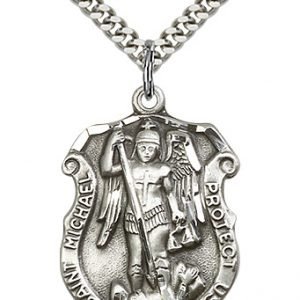 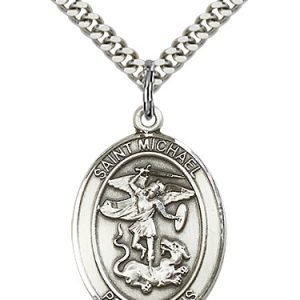 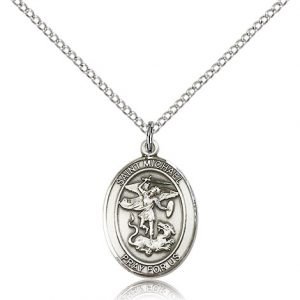 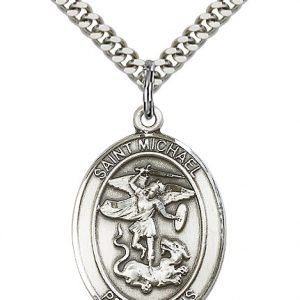 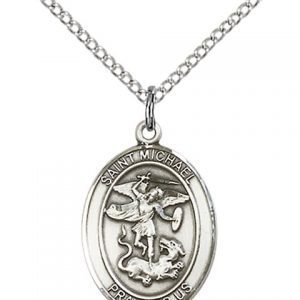 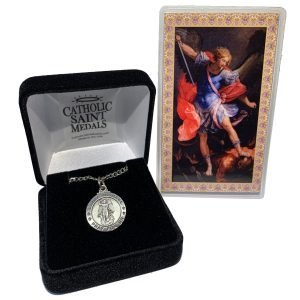 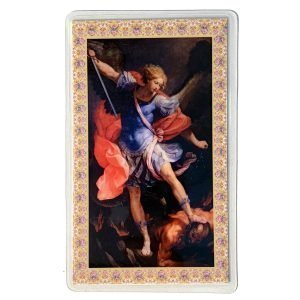 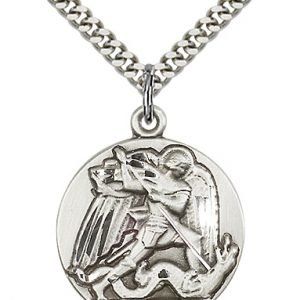 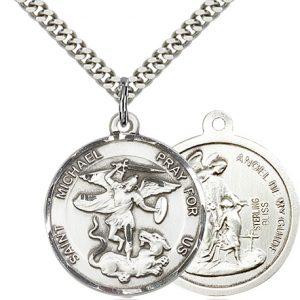 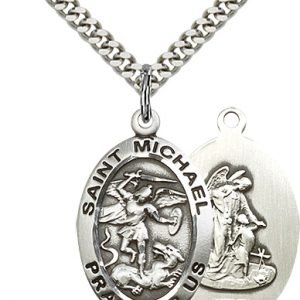 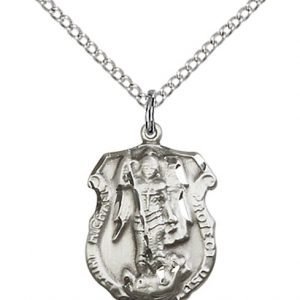 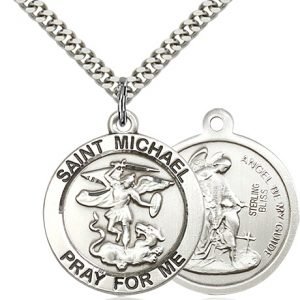 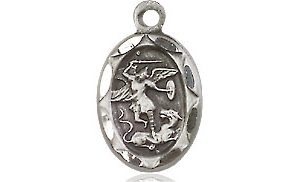 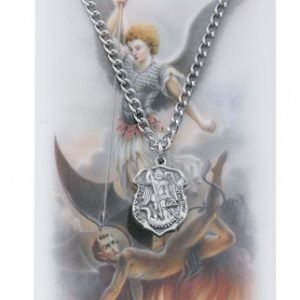 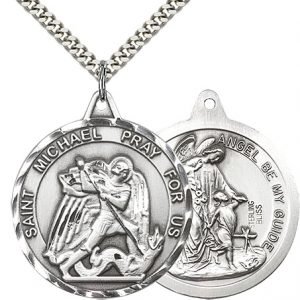 More About St Michael the Archangel

St. Michael the Archangel is honored as the angel who fought Satan in the battle described in the book of Revelation (20:1-3). Because of this, he has been named the patron saint of those in the military and police force.

St. Michael is one of the best loved of all saints in the Catholic tradition because of his strength and dedication to God. Many people make a daily practice of praying the “Saint Michael Prayer,” which asks St. Michael to be a defender and protector. St. Michael is a practical saint for all people because of his great example of tenacity to the will of God, as well as his love for good triumphing over evil.

St Michael Medals and images of St. Michael often show him at battle with Satan.

His feast day is September 29. 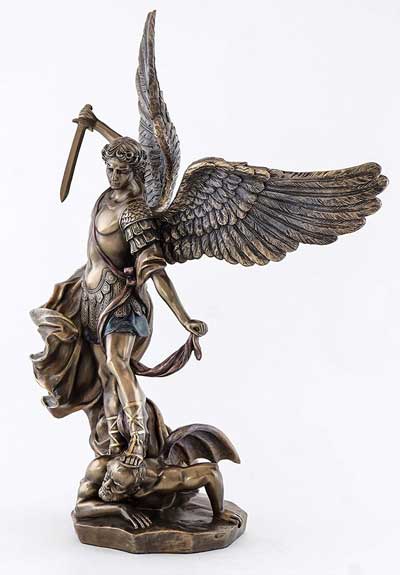 Saint Michael the Archangel, defend us in battle.
Be our protection against the wickedness and snares of the devil.
May God rebuke him, we humbly pray,
and do thou, O Prince of the Heavenly Hosts,
by the power of God, cast into hell Satan,
and all the evil spirits,
who prowl about the world seeking the ruin of souls.
Amen.

Saint Michael is one of the seven archangels; the Angel of God’s Power.

Named the patron of policeman by Pope Pius the XII, Saint Michael is also considered a patron of sailors, security guards and soldiers. He is also said to have a role as an angel of healing which lead to his adoption as the patron of EMT’s

3 thoughts on “St. Michael the Archangel”